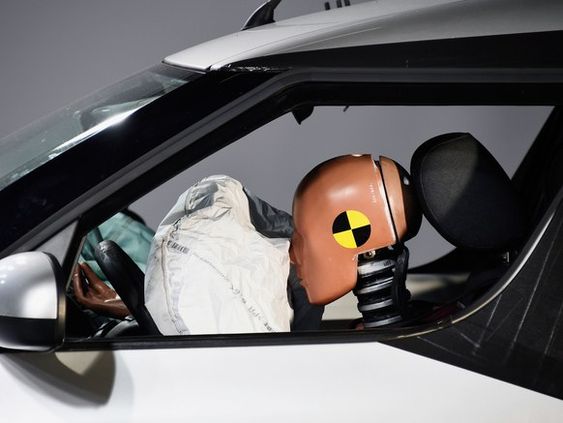 TAKATA CORPORATION is a specialized supplier of automotive parts, providing automobile safety components such as seat belts, airbags and child restraint systems.
The company employs 50,400 employees and its yearly sales in 2016 amounted to about 5,973 million €, with an operating income of 350 million €. Based in Japan, Takata has production facilities in three continents, having plants and R&D facilities all around the world. It was founded in 1933 as textile company and later, in the 1950s, it expanded to the safety components field, driven by its dedication to the development of innovative products.

Takata’s core mission is to provide superlative quality and services to achieve total customer satisfaction. From 2013 to 2017, the company recalled about 70 million cars due to faulty airbags, which caused a series of deaths and injuries. Takata admitted their Mexican subsidiary had mishandled the manufacture of explosive propellants and improperly stored chemicals used in airbags. Therefore, auto manufacturers recalled the
vehicles, since airbags could rupture and send flying debris inside the vehicle. Initially, only six types of components were involved when Takata announced the fault, but along with new admissions from the company, more products resulted affected. Even though the New York Times published a report suggesting that Takata knew about the airbag issues in 2004, conducting secret tests to verify the problem, the company declared the article
was inaccurate. Defective Takata airbags caused 18 victims and more than 180 injured and the recall is considered the largest in history. The company invested significant resources to maximize recall completion rates, including launching a targeted digital advertising campaign in the USA. In spite of such efforts, eventually Takata ended up filing for
bankruptcy in June 2017.

Differently, a complex internal supply chain increased the resilience. The high number of
supply chain facilities and their similarity allowed to ramp up production of replacement kits. Since different plants could exchange parts and thus production was not dependent on a specific facility, increasing line capacity in Mexico, Germany, USA and China, the company could manage the additional production volume required by the replacement of recalled vehicles’ airbags. This enhanced the flexibility of the company, but also the collaboration
among different facilities, avoiding at the same time the creation of a SPOF.

However, Takata’s position in the first tier of the supply chain did not help. In fact, this meant the company was not used to being in the spotlight, lacking appropriate brand management arrangements, which negatively affected public exposure during the incident. As Takata was business to business part suppliers, it was less sophisticated in communicating to retail consumers, determining lack of communication during the whole event.

For what concerns dynamic complexity drivers, the company’s continuous focus on development of safety technology facilitated a faster and deeper research on the root causes of the problem. Further, since Takata was used to constantly review business and manufacturing processes, network and distribution systems, it was easier to ramp up production of replacement kits.

Therefore, these internal dynamic complexity drivers positively affected its readiness of response. Finally, through an active evaluation of opportunities for mergers and acquisitions, the company had a higher visibility of other companies producing inflators, which helped reach supply agreements with competitors to achieve the fastest possible completion of airbag replacements.