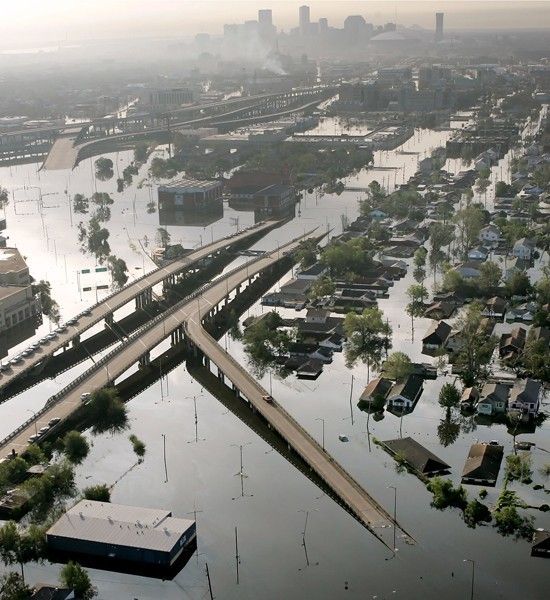 Procter and Gamble Co., known as P&G, is a global leader in fast-moving consumer goods.
It operates in 70 countries and sells products in more than 180 countries around the world, employing approximately 95,000 people. In the fiscal year ended in June 2017, its sales amounted to €58,813 million and its operating income to €12,648 million. The company’s mission is to provide branded products and services of superior quality and value, improving its consumers’ lives. Procter and Gamble’s supply chain is quite complex, both from a structural and dynamic point of view.

In August 2005 Hurricane Katrina devastated the New Orleans area, hitting every supply chain present in the area. Folgers, a Procter and Gamble’s brand producing coffee, was forced to stop its manufacturing and distribution activities, negatively affecting the operating earnings by approximately 2%, due to write-offs of damaged inventory and repair costs. Folgers produced 40% of all coffee sold in the USA for home consumption and more than half of its production was based in New Orleans, where the company had four production facilities. Two of them were in Orleans Parish, one of the areas hit the hardest by the storm and the flooding. The biggest plant suffered damages for more than €10 million, which disrupted access to the facility. Even though the company had a shutdown procedure in place, it was not able to complete it before the hurricane hit, thus compromising the equipment. Despite the severity of the incident, a coordinated and well-rehearsed strategy allowed Procter and Gamble to quickly get back on its feet in record time, also thanks to some supply chain complexity drivers.

First, the company was prepared to face the event thanks to its detailed business continuity plan, designed for each facility and rehearsed annually. The inventory was transferred to
distribution centers outside New Orleans, inventory backup tapes were sent to the headquarters in Cincinnati, Ohio, and a procedure for the facilities’ shutdown was started. The first two actions were possible thanks to the high number of facilities owned by the
company. In addition, the structural complexity of the internal supply chain positively affected the flexibility and the collaboration among different sites. Cincinnati became the command center for dealing with suppliers and engineering contractors and a command post was established at a plant in Louisiana (225 miles north of New Orleans). Executives began working on logistical issues, reshuffling schedules for local managers who had no working computers. Production was restored in other sites around the country and extra workers from P&G’s operations were employed, since many of those in that division were personally affected by the catastrophe. This was possible due to the wide portfolio breadth of the company, but also because many of the domestic manufacturing facilities were similar and planned for multiple businesses. The support for recovery provided by suppliers was tireless and invaluable. They provided people, supplies and other resources to create alternative supply channels and accelerate recovery efforts.