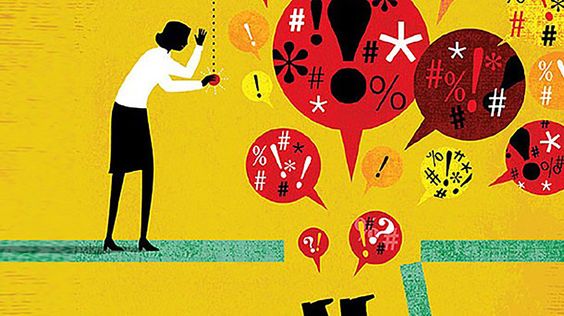 Regardless of the type of a disruption and of its catastrophic impact, the market will always react to the laws of supply and demand. While this might seem like an obvious statement, during a crisis it is often key to remember the simple things rather than complicated concepts. Indeed, keeping the basics in mind can go a long way. This holds especially true when considering the interconnectedness of supply chains, which often include large organizations as well as small or medium enterprises (SMEs). As it is easy to imagine, those smaller companies that are at the non-client-facing end of the chain, or upstream organizations, are usually more vulnerable. This is because they have fewer opportunities to diversify their business and generally they hold fewer aces up their sleeves compared for instance to a multinational organization.

While there are often talks of suppliers causing physical and financial disruptions to the downstream or client-facing organization, there is a lack of awareness on the opposite. In particular, what happens when a large organization stops or reduces payments to their Tier-1 suppliers? How does this decision propagate through the supply chain, especially for those on Tier-4 or Tier-5?

In supply chain management, these questions have been answered by a theory called the “bullwhip effect”, which is graphically represented below. This theory states that whenever a downstream company decides to cut back its supplies by “X amount”, Tier-1 vendors’ most likely reaction will be to do the same and reduce orders from Tier-2 organizations by “2X amount”. Such amplified effect in demand reduction derives from the expectation that sales will fall even further, leading to a decrease in orders and an overall contraction of the business flow across the network. 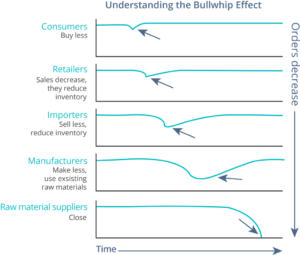 During the 2008 financial crisis the bullwhip effect fully manifested its devastating potential, in an economy such as the US one that was largely based on lean management practices – meaning reduced backlogs but little to no buffer – and trust that borrowers would pay back their loans since they would use that money to make more profits. As smaller but key suppliers started to go bankrupt (think for instance of car manufacturers or food producers), a few large organizations realised the interdependence between them and their vendors and implemented measures to prevent them from sinking down, through both direct and indirect financial support.

Looking at the purely financial side of the supply chain, cash flows became a particularly insidious issue, as organizations rushed to get cash they were owed while also trying to delay their own payment terms. This was a wake-up call for many that had devoted all their attention to closing deals, without looking at their partners’ reputations for respecting payment terms. Once organizations started looking into this, they began to cut off those who experienced frequent delays in payments. As Dr. Sheffi from MIT puts it, this was effectively “a zero-sum game or worse”, as cash reserves were limited, so was financial support from the banking system, and the market interdependence was such that staying afloat at the expense of a supplier could bring a company down in the medium term anyway.

In such a context, it is worth examining the idea of contracts a bit closer. Contracts are considered as a dogma; once a contract is signed, organizations feel safe. In theory. In fact, it often happens that some might not pay up on time or in the worst cases not pay up at all, even during “peace times”. This is why business partners should be chosen not only thinking about the immediate gains but also about how stable the relationship might be.  Crises happen more often than societies perceive them to. Considering Europe only as an example, the Old Continent has experienced a financial crisis, several terrorist attacks, severe droughts and floods, earthquakes and a pandemic in the last ten years only. These are not exceptional but rather standard and often predictable events, and it is time to stop hiding behind the idea of “black swans” as an excuse not to be ready. If a business partner does not respect payment terms during peaceful times, what makes you think they will during a crisis, when they need cash reserves the most? Hence, the solution lies in collaborative business partnerships, as it is a proven fact that collaboration in the supply chain enhances performance during a shock.

This is a particularly sensitive issue in Italy, a country that is slowly trying to get back on its feet as it appears to move towards the end of the health crisis only to enter a period of financial and social unknowns. According to a 2018 survey, 40% of business transactions in Italy are made on credit and 87.2% of organizations experience delays during the payment process. On average, in 2018, it took 71 days for B2B transactions to be completed, made up of 44 days of payment terms plus an additional 27 of delays.  The national average of companies paying on time is around one-third, with slightly higher peaks in certain Northern regions; however, the difference is but a rather small margin, with the most virtuous regions not even reaching the 50% mark. If this is how business is conducted regularly, one can’t help but wonder how difficult it will be for suppliers to be paid during the ongoing health crisis.

It is in this context of uncertainty and risk that AIB, the Industrial Association of Brescia (a town in Northern Italy), has launched a new initiative called #iopagoifornitori, which is dedicated to rally businesses that are willing to commit to pay their suppliers even during the Covid-19 crisis. This comes at a time when the Italian GDP is forecast to shrink by 9.5% in 2020, unemployment to go up by 2% and public debt to reach nearly 160%, thus such an effort can be pivotal to a successful recovery from the imminent financial downturn. Furthermore, the fibre of the Italian economy relies heavily on SMEs, which make up 92% of all current businesses and employ 82% of the total workers and therefore should be supported.

According to a McKinsey report, European workers with the highest risk of losing their jobs come from those sectors with the highest rates of employment, such as accommodation and food, wholesale and retail and manufacturing. Incidentally, these also have vast implications for supply chains and all the SMEs that are part of them. 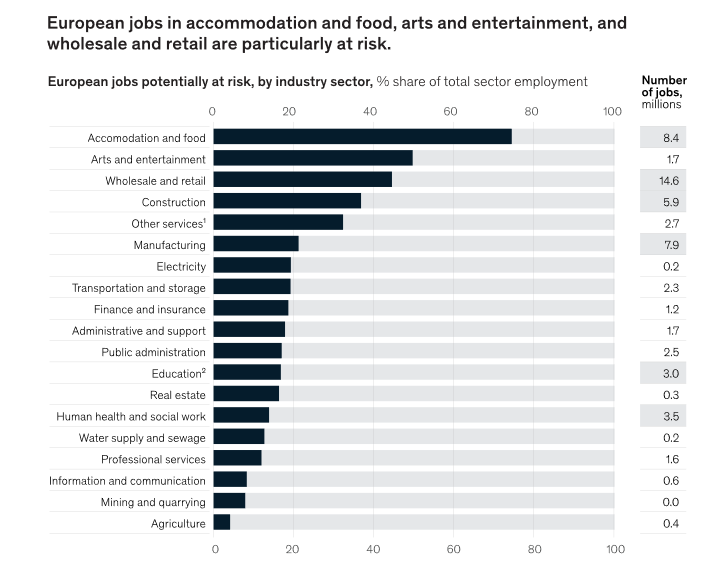 Some of these sectors are also key for Italy to maintain a positive trade balance, as shown in the figure below concerning Italian exports. The numbers show that a sharp fall in Italian exports, due to large supply chain disruptions, potentially carries a political risk, as Italy is among the top ten exporters in the world and its economy is deeply entrenched at the heart of European trade.

Hence, it would be a tough job to sugar coat the current situation of supply chains during Covid-19, especially of the Italian ones. In order to avoid a full-blown crisis that could hit the financial and social heart of the country, it is important to act now. Below are some tips on how to brace for what comes next: 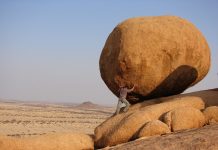 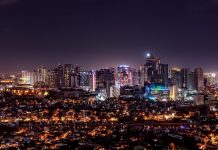 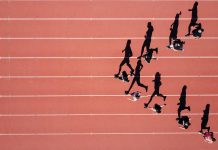 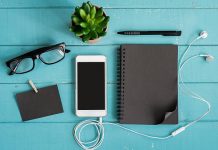 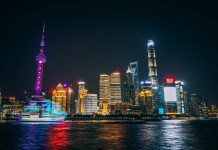