PANTA RAY’s Research and Intelligence team are responsible for creating new content for the About Resilience platform and welcoming external relevant contributions from other professionals. Below you can find their profiles.

Alberto is a passionate contributor to the continuity and resilience industry. As a member of the ISO/TC 292 – WG2 and the working group for the update of the BCI Good Practice Guidelines (2018 edition), he is actively engaged in the writing of international standards and best practices.

He is also an author of several articles, papers and research reports, and is often invited to attend international conferences, webinars and events as a speaker.

Alberto is a Member of the Business Continuity Institute (MBCI), a BCI Approved Instructor and an IRMCert professional (issued by the Institute of Risk Management). He served in the BCI Risk and Governance Committee for three years until May 2019 and as the BCI Italy Forum Deputy Leader for four years until December 2018.

In his current role as CEO and General Manager at PANTA RAY, Alberto guides and supports large organizations across many industries in developing effective business continuity management systems and in achieving their resilience objectives.

Outside of PANTA RAY, Alberto enjoys karting and spends a fair share of his free time competing in a track nearby Milan. Watching sports is also one of his passions and you really don’t want to argue with him when he claims to be the greatest supporter of A.C. Milan, Valentino Rossi, and Roger Federer. Stand-up comedy specials, Friends (tv show) and travelling with his wife are his getaways from stress.

Gianluca joined PANTA RAY in 2019 with the goal to develop a brand-new research function on business continuity and resilience disciplines. After a couple of years, PANTA RAY has now strengthened its role as thought leader and innovator in the industry.

Previously, Gianluca used to work as Research Manager at the Business Continuity Institute, where he authored well-known publications such as the Horizon Scan Survey, Emergency Communications, Cyber Resilience and Supply Chain Resilience reports for four years. He is an experienced public speaker who has delivered talks for audiences in Europe, North America, Australasia, and Africa.

Since joining PANTA RAY, he has been working on the synergies between business continuity and other disciplines, such as sustainability, insurance, and supply chain. His work leverages strong academic connections with several universities around the world, especially with the Polytechnic School of Milan, where he is currently an Executive PhD student. The focus of his main thesis is the impact of business continuity management systems on supply chain resilience. His background is also rooted in international relations and security, which he studied at John Cabot University, the London School of Economics and King’s College London.

Gianluca holds a Certificate of the Business Continuity Institute.

Outside of PANTA RAY, you are likely to find him on a tennis court where he competes in local tournaments, although he will rarely miss the friendly Sunday doubles at his local club. Other than that, he always enjoys a good book and having a stroll around the Colosseum in central Rome, his hometown.

Lucila became part of the team in 2019, she has been pivotal in supporting the development of new thought leadership and providing an international perspective to the research process.

Previously, she worked as Research and Insights Analyst at the Business Continuity Institute, developing research reports such as the Salary Benchmarking Survey, the Supply Chain Resilience Report and the Horizon Scan Survey, which are widely used by organizations worlwide to improve their resilience systems.

Since joining PANTA RAY, she has been exploring new trends in resilience, such as the digitization of training and learning, sustainable systems and the impact of social media on crisis communications.

Lucila holds a Certificate of the Business Continuity Institute.

Outside of PANTA RAY you can often find her reading a good book in a cafè in Manilla, her hometown. 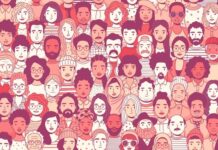 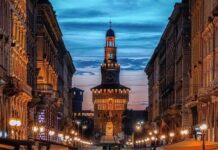